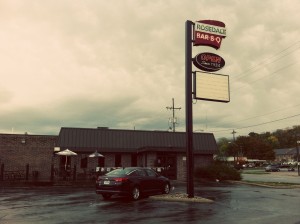 Rosedale BBQ really is one of the legends of Kansas City BBQ. Of all the “historic” BBQ places around here, sometimes I think it is a bit overlooked. This is partly because they don’t go out seeking attention, and partly because they are not in an upscale, highly traveled area. Rosedale BBQ is on Southwest Boulevard in Kansas City, KS. Southwest Blvd is best described as a mix between an industrial area and an old residential neighborhood (the old community of Rosedale, KS), with a good selection of restaurants that pull people in for lunch from as far away as downtown KC and the KU Medical Center. 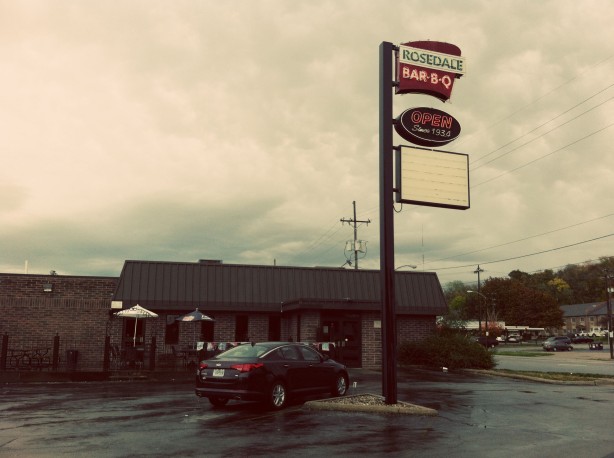 After dark, nobody ventures very far from downtown Kansas City onto Southwest Blvd, but no matter the time of day, you will find some of the best eateries (in my opinion) in the Kansas City area. Most of them are not chains, but rather small, single location eateries that are fairly specialized in what they serve. Among several BBQ places, you will find in the general area Thai, Mexican, and Italian cuisine to name a few.

Rosedale BBQ was born out the post-prohibition days of the Great Depression. You don’t often find lots of stories about businesses that began and thrived during those days, but when you can combine cold beer with BBQ, you can bet people will drum up a little money to spend on it when possible! 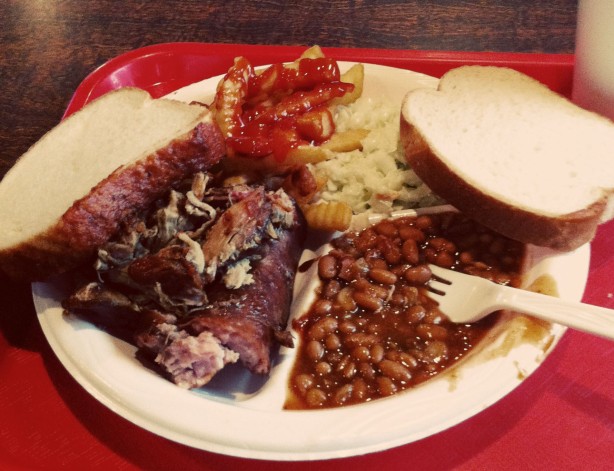 Today, it feels like you’ve stepped back in time when you go in to Rosedale BBQ. Most of the décor looks like it’s been there for about 30 years! You order at the counter and wait on your food there at the counter. It is served on a Styrofoam plate on a tray and you serve yourself from that point on. On my latest trip there, I had pulled pork and sausage. It was good as usual! The fries are always hot and crispy and the pulled pork was very tender and had great flavor. If you read up on Rosedale BBQ, you will find many mixed reviews, but I tend to think it is one of the better places in KC to go. Part of the reason I’m fond of the place is simply the atmosphere and the mystique surrounding such an old place! I’d recommend going once if you’re in the area and want to take a taste of Kansas City BBQ history!