I’ve found that passing through a town at lunch time (and having some time on your hands) is a great way to discover some hidden treasures in the restaurant industry. That is exactly what allowed me to find Smoked Creations a few weeks ago, nestled in an old storefront in the recently budding mom and pop restaurant scene in downtown Ottawa, KS. 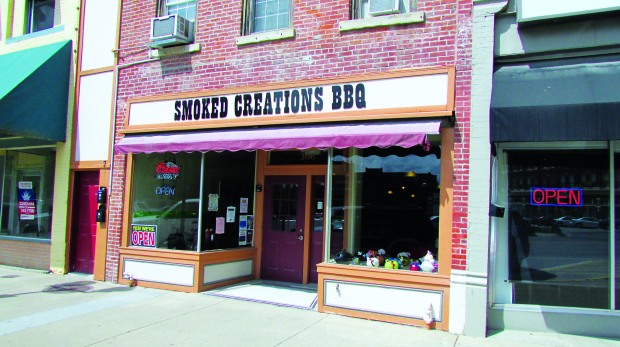 “Smoked Creations” offers up some authentic KC style BBQ just as you would expect, but also throws in some twists on the standard ‘que you’ll find at most BBQ joints. I think one of the main reasons is the owner/cook actually worked for years in Mexican restaurant kitchens before he took on this challenge, so you’re going to get a few alternatives to the old brisket or pork on white bread (such as the pulled pork chimichanga). 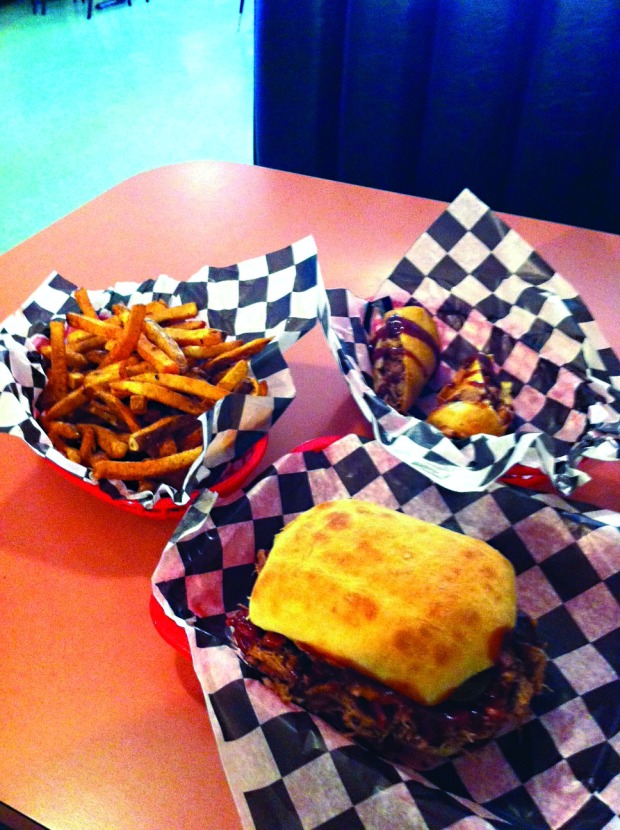 One of those exceptions was a delicious little thing called the “BBQ Tornado”. When I saw it on the menu I knew I needed to try it. The BBQ Tornado is pulled pork and BBQ sauce rolled in a tortilla and deep fried (see picture). My only advice is to let it cool a bit before eating it if you value your tongue. 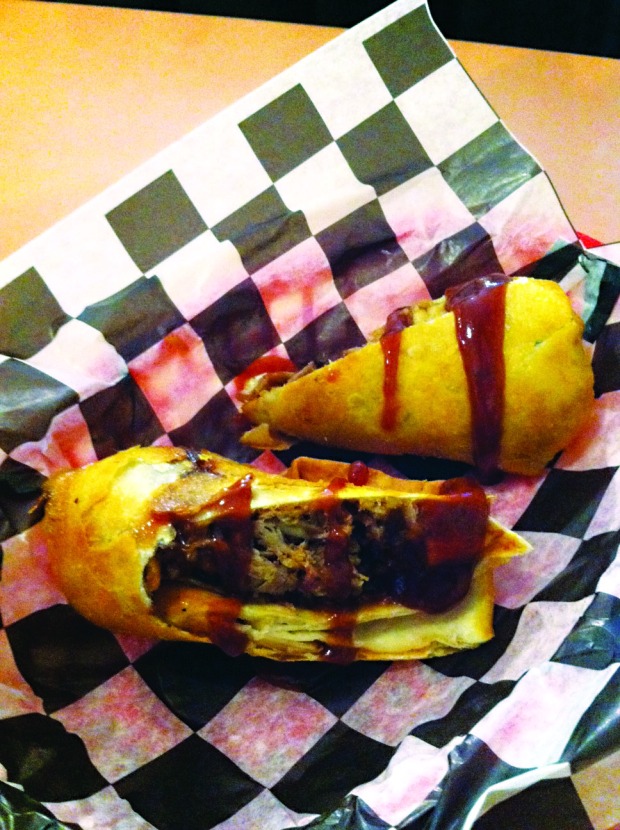 One cannot survive on BBQ Tornadoes alone, so when I saw a sandwich on the menu called “Pig Out”, I of course ordered it too, partly because of the name, but mostly because it is pulled pork, bacon, smoked cheddar, and pickles on Telera bread. I probably don’t need to explain how good this sandwich was, as the ingredients speak for themselves, but I’ll go ahead and tell you, it was good.

Not only were the meats good, but the Cajun fries were amazingly good as well (think “Five Guys” fries).  In my short experience at Smoked Creations I was very impressed, and would gladly go back, perhaps to try that “Pulled Pork Chimichanga”!

CONTEST!
Keep Calm and Eat Pork
That’s our motto here at In Pursuit of Pork  and we’re making a statement with our new aprons!
We know that there are many out there with the same motto and today on the blog we are giving away one of these new eatpork.org aprons to one lucky winner! 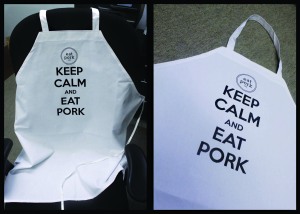 Here’s how you can win:

Football season and tailgating are just around the corner, and this apron would be the perfect addition to your game day attire. Leave a comment on this post below telling us what your favorite pork tailgating dish is. The contest will close on Tuesday, August 20, 2013 at 4:00 pm CST. A winner will be selected at random and notified via email, as well as announced in a comment on this blog post. The winner will need to respond to our email no later then Tuesday, August 27, 2013 at 5:00 pm CST to be eligible to claim their prize. If the prize is not claimed we will select another winner.

Interested in more ways to ‘keep calm and eat pork?’ Head on over to our new site, eatpork.org, for recipes, coupons and more!