Across Antioch Rd. from the eastern entrance to Corporate Woods in Overland Park sits a barbecue joint that’s been in Johnson County since 1972. I’d always known  “Hayward’s Pit Bar B Que” was there, but had not made it in to eat until recently, when I read that it had been taken over by new owners. The new owner talked in a newspaper article I read about an improved menu and renovations to the building, so I thought I should go check out what all the buzz was about. Something else that helped lure me in was the fact that the owner and the pit master both honed their respective crafts at “Oklahoma Joe’s BBQ” (which is never a bad thing). 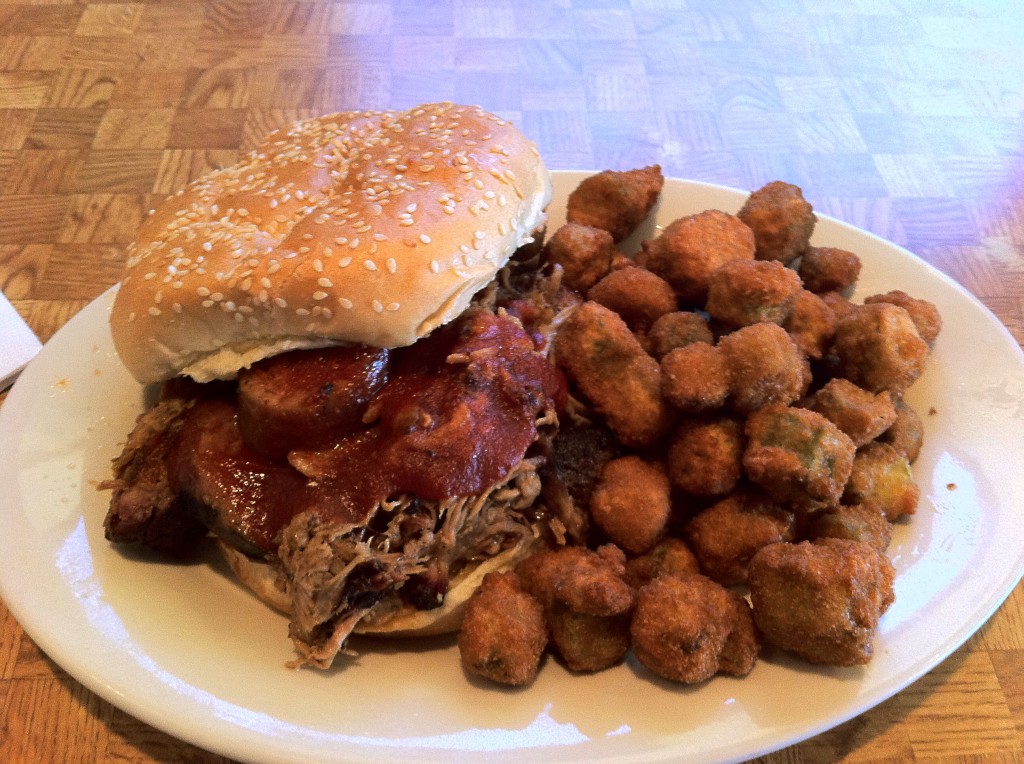 I had a two meat sandwich consisting of pulled pork and pork sausage, along with a side of fried okra (can’t get that just anywhere around here!) The meats were really well cooked and the sausage was of extremely high quality, and was definitely better stuff than what you go buy at the store! The okra was fresh out of the fryer and too hot to eat, which is a good problem to have.  I plan on going back for the ribs at some point, because based on the other foods I can’t really see that they wouldn’t be good too!

If you’re looking for some freshly cooked, high quality pork, you’re just a few blocks from it as you drive along I-435 in JOCO. All you have to do is head south on Antioch Rd. a little ways and you’re there! Give the place a chance if you’re in the area. I doubt you’ll be disappointed!

Until next time,
Mike